SfN's home for learning and discussion
Log In
Professional Development

Coping With Failure as a Grad Student and Beyond 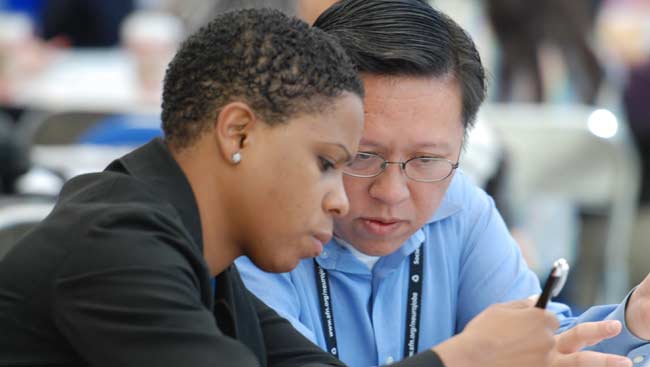 Four years ago, in my second year of graduate school, I wrote about coping with failure as a graduate student. I was frustrated I couldn’t answer scientific questions because I was spending all of my time trying to get basic techniques to work. Since then, I continued to experience disappointment, both in and out of the lab. I’ve recently been reflecting on what I would now tell my younger self, and I’m sharing those thoughts in the hope that they might help someone else.

When we experience disappointment, there’s a sharp emotional response. That response has to pass before we can evaluate what happened and decide what to do next. The first few times we’re disappointed, it takes a long time to process and dispel our negative feelings. Eventually, we begin to heal from disappointment faster.

We can’t force rational processes onto emotion – emotions happen in their own time, through a system older and deeper than our executive functioning. But we can understand how our own feelings work and create space for them to happen and to minimize the damage they inflict on our lives. That can mean taking an afternoon or day to sulk after a frustrating experiment or “not discussed” grant application. The pain will eventually subside, and then you can think. And each time, with each disappointment, the cycle will get shorter.

Does the thing you’ve “failed” at really matter?

For the past decade, we’ve been inundated with Silicon Valley entrepreneurs crowing about the importance of failure. I think this is because what successful individuals often fail at is an artificial measure of success.

Because graduate students (and scientists in general) have so few benchmarks, many of us place undue emphasis on milestones like passing our thesis proposal, getting grants, and publishing papers in top tier journals. But these milestones do not determine our success as scientists. The real criteria for a successful scientific career go beyond those tangible measures.

Have you learned how to critically evaluate data and design an experiment to rigorously test a hypothesis? Have you moved your field forward in some way? Have you positively impacted the lives of your mentees? These are important benchmarks by which you should measure yourself. Do not base your value as a scientist – or person – on one particular achievement, especially one that relies on external validation.

Your professional success does not determine your value as a person.

Academia is filled with high achievers: honors students, heads of the class, scholars who have spent their whole lives on track to be the best at whatever comes next. And with that comes the pressure not only to be successful, but to be considered a success. We come to believe that we are only worthy if we are the top-achieving student, postdoc, assistant professor, etc.

This is a destructive mindset. I believe this is the primary driver behind the pervasiveness of mental illness in academia: we believe that failure in the lab means we are failures as human beings. And that is simply not true. This is a radical idea for many of us to accept.

To avoid staking all your worth on your academic success, invest in relationships, skills, and hobbies outside the lab – these will create a foundation on which you can build a personal identity outside of academia. Then the sting of messing up a routine experiment, receiving a rejection on a paper, or losing months of time to mouse breeding becomes just a disappointment, rather than an indictment on our entire existence.

What makes handling failure easier is self-kindness and perspective. Those are difficult skills to learn, and I feel trite for recommending them, but I’ve found internalizing the beliefs I’ve outlined above to be crucial to making the process of scientific research tolerable, and maybe even enjoyable.

Read Kavya's original article: Learning to Cope With Failure as a Grad Student.

Kavya Devarakonda
Kavya Devarakonda is a neuroscience PhD student at the Icahn School of Medicine at Mount Sinai. She currently studies the neural regulation of blood glucose control and metabolism.
﻿
MORE
4 of 5 articles left
Login or Become a Member to unlock content